Mindfulness for Heart and Mind 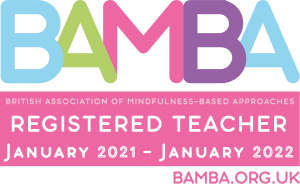 Training in Mindfulness or Kind-Awareness, like anything, needs to be consistent to notice a shift and that's what a structured eight week course, complete with group work and individual home practice is designed to do. It is perfect for those who are completely new and those looking to commit more to their current practice with the support of the course, the group and mindfulness teacher.

What are the benefits of practising Mindfulness?

A deeper sense of connection with yourself

Improved way of relating to your thoughts, emotions, sensations and impulses

Increased sense of appreciation and gratitude for life

Improved ability to focus and concentrate

The course will provide you with the opportunity to learn a combination of Mindfulness-Based Stress Reduction/Cognitive Therapy methods, through formal and informal practices that can slowly be integrated into your daily life, including mindfulness of eating, breath, bodily sensations, sounds, thoughts, emotions, perceptions, movement, loving kindness and how to meet difficulty with kind awareness. The course also includes a number of other exercises and thought experiments around negativity bias and gratitude that help support the process.
It will also be supported by:

Week One - 27 January: Waking up to the Automatic Pilot

Cesare is a qualified and registered mindfulness and compassion teacher and an integrative psychotherapeutic counsellor, as well as one half of RUN:ZEN's Mindfulness for Runners. He is passionate about sharing the benefits of mindfulness that he has learnt from many great teachers and continues to deepen his own practice in daily life and on retreats.

Thanks for registering for the 8 Week Mindfulness Course for Heart and Mind. We will be in touch shortly with your joining instructions.

Your personal investment for the eight week course is £250, however flexible payment plans are available to suit you. We would like everyone to benefit from the support they need without having any concerns about finances, so please do get in touch to find out more. Once your payment has been received, we will send you the joining instructions.

Is there anything else I need to know?

The course includes a commitment of between 25 - 45 minutes of daily home practice in-between sessions, depending on the time you have and your personal preference. The home practice elements are a core feature of the course, enabling participants to become familiar with them and explore their cumulative benefits.

After registration and before the start of the course there will be a pre-course questionnaire, to assess your prior experience and any physical and/or mental health needs to make sure it's a good fit for you at this time

"I found the mindfulness course truly inspiring. Cesare delivered a fantastic training with an informative yet very personal and individual feel. It has changed the way I live my life. Every moment feels more sacred and my mind feels calmer."

"The mindfulness course has transformed many aspects of my mind and the way I react/over analyse situations. This has allowed me to create more nourishing relationships in my life."

"I have learned how to connect my mind with my body and this has helped me release tension in problem areas."
"The mindfulness course has given me a strength to be kind to myself - to allow myself some breathing space which has enabled me to be of benefit to others."
"I loved the open group discussions and the rapport I had with the group as a whole."